An artwork that people would naturally lean in to enjoy: a vase-speaker where it contains the the object with the information in sound and image of places it has been traveling

This piece was to be carried around between Korea and U.S., with soundtrack and an object to recall the moment and space in which I spent time.

It is a cube because it stands for perfection as well as the unit of space. 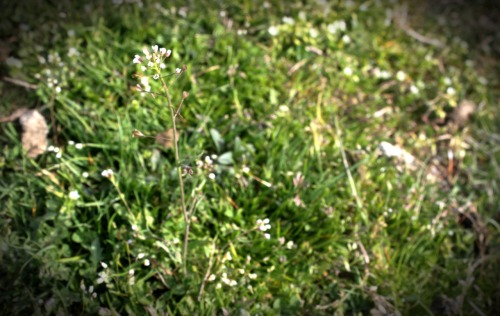 I chose flower as the object for the idea of esthetics. Moreover, it adds one other element to the cube and the space; the scent.

The soundtrack is 20 minutes long with 3 to 4 layers of sounds. It is broken down to two parts: one at the park where the flower is originally from, and one at home where it is moved to. Each is ten minutes long, layered with various sounds that contain certain information of the space the flower existed. The minute is related to the date or the hour it was recorded; for example, at 4:18, I layered the recording from April 18th, a sound of the kitchen where the plant was sitting, and later it is combined with small talks I heard over the window at 4:20pm on that day. At 18:23, I layered the sound that I recorded at 18:23 on the other day. At 8:50, I layered the sound I recorded on April 25th, making the sound half loud as the original to equate the equation. (8:50/2 = 4:25)

I chose to record information of the flower with the sound because it was like writing a sound diary, and I very much appreciated the recording and editing processes.

Also, the sound is meant to be played in a small volume to make people lean in enough to smell the earth in the cube.